Networking is the fastest growing business unit within Laketec.  Our expanding team of highly certified Network Engineers are focused on providing Legendary Customer Service while designing, deploying, and maintaining our customers network infrastructure.  Whether your organization has a one switch, or hundreds, we have the experience and in house, local, expertise to help you plan a road map for your network that will meet your business objectives.

Thanks to our best of breed partnerships like HPE, Aruba, and Palo Alto we are able to intelligently design networks that are fast, reliable, and secure.  We offer tailored support agreements and fully managed networks so we can take care of the management components that you don't want to.

I approached Laketec a couple years ago to find a solution for our aging emergency call system. Laketec helped by taking a holistic approach to my IT infrastructure and delivered an integrated emergency system along with a more reliable phone and data network. I found their sales and engineering teams very knowledgeable about the products they implement. Their delivery on projects has always been timely and within budget. I highly recommend Laketec for any data or voice related projects.

The Village of St. Edward

Our expertise across all network segments allows us to take a holistic approach to the design, implementation, and ongoing support of your phone system. We believe in starting with your business objectives in mind and then collaboratively designing a system for YOUR future.

More About The NRP Group

Laketec was referred to Mars Electric through a very prominent customer. They had heard of our Aruba capabilities, and became one of our first Aruba Central customers.

United Way of Greater Cleveland joined forces with Laketec to assist with their wireless access move back to headquarters which consisted of re-configuring switches for security device connectivity along with connecting and migrating their Palo Alto,...

South Euclid-Lyndhurst City School District started using Aruba Wi-Fi in 2015 and instantly saw improvements in performance and capacity. After we saw the impact of the wireless network, we decided to adopt an Aruba wired network as well. These netw...

United approached Laketec for an evaluation of their current topology and needs.  There were also upgrading to Spectrum SIP trunks and asked for our expertise.  As a result of the Network Analysis and Trunking needs, Laketec worked in several areas...

Laketec designed and implemented a new wired & wireless network infrastructure across the campus in the summer of 2016.  This included all new campus switches (over 80 switches - core & access), cabling, fiber, wireless, management/monitoring system...

The University of Akron

The University of Akron selected Laketec to design & implement their new campus wide Aruba wireless network in early 2016. This network contains around 3,000 access points in a distributed and fully redundant architecture.

More About The University of Akron

Keim lumber can now provide faster speeds to their end users with the upgraded fiber backbone and access layer switches. They can also deliver application performance from a server infrastructure and network that is capable of withstanding failures ...

FCWWT is now able to monitor all their processing systems 24x7, providing real-time alerts to technicians, thus allowing them to visually monitor, either locally or remotely every system within the facility. FCWWT has been able to reduce the number o...

Wichert is highly committed to customer service and that means they needed a system that would be dependable and user friendly. By deploying the Avaya One-X portal as a part of this design, Wichert gained desktop functionality for the voice platform...

The Village of St. Edward

One of the projects Laketec has provided is a dependable and unified Nurse Call system. The Nurse Call system Laketec installed provides peace of mind for residents and staff knowing that no matter what the situation is, the system deployed can crea...

More About The Village of St. Edward

Step By Step Empowerment and Training

The customer was most impressed with the professionalism of the technical staff, the quality of the work, and the smooth and quick transition to a new phone system and wireless solution with virtually no interruption to their business.

More About Step By Step Empowerment and Training

Nelson stud is a leading edge manufacturing firm that requires state of the art voice communications along with unified messaging. Laketec has accomplished those requirements through the design, implementation and support of the Avaya IP Office plat...

Laurel Lake has partnered with Laketec to design, deploy, and support a fiber cable network, edge switching, campus wide wireless, Status Solutions, and a phone system. Laketec is proud to consider Laurel Lake a signature account who has gone “All...

Hexpol is a shining example of the Laketec portfolio being brought to bear within one network. We have worked closely with their exiting IT staff to fully deploy an Avaya phone system including video capabilities, a secure wireless network, next gen...

Heidelberg Distributors recently reached out to Laketec to assist in opening a new Distribution center in Louisville KY. Laketec installed all of the Cat6 cabling throughout the new facility including 30 dual Cat6 drops in the office area for compute...

Bedford Schools is a full service K-12 Educational facility that has state of the art learning labs, multiple paths to success and leading edge technology. Laketec was able to coordinate disparate brands of wireless access points into a functioning ...

South Euclid-Lyndhurst was a great opportunity for Laketec and Avaya to demonstrate the full capabilities of shortest path bridging (SPB) combined with a Server Edition phone system deployed across a campus environment. The switch fabric has given t...

Our specific solution was the Avaya IP office. The needs of the students, faculty and staff led us to the design of a phone system, that was reliable, simple to use and administer and had a good overhead paging interface. The training and installati...

Aruba, a Hewlett Packard Enterprise Company, is redefining the intelligent edge with mobility and IOT solutions for organizations of all sizes globally.

As workplaces become more digital, and the adoption of mobile and cloud applications grows, the network and IT staff supporting them must meet the rising demands for secure, high-speed network access. It’s time to embrace the value of the cloud.

We don’t do it all on our own. See our network of valued partners. 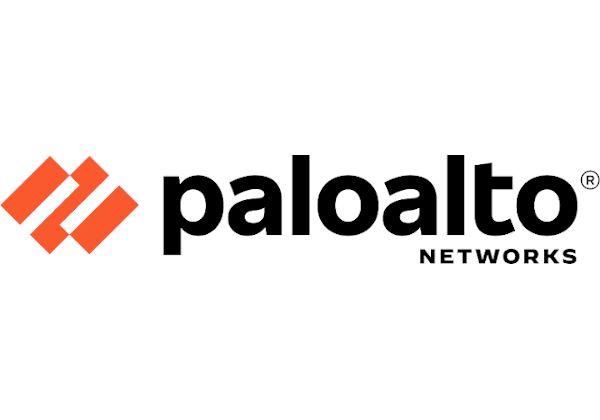